French policeman are finally going to be allowed to let their hair down a little after unions won a battle to relax rules on officers sporting beards and tattoos. 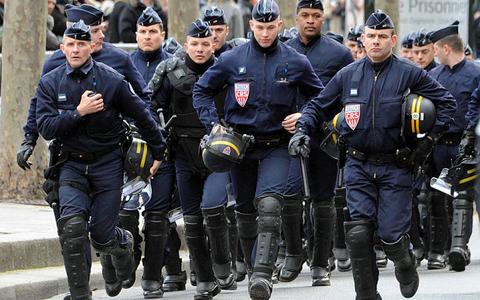 “After two years of negotiations and as a result of strong demand from across the force, the union SGP Police-FO has obtained permission for officers to have beards and tattoos,” the union said in a statement this week relayed by Huffington Post France.

However, there are restrictions.

Beards, the union stipulated, must remain “short-cropped”, “neat and compatible with the wearing of equipment”.

Tattoos, meanwhile, “must not be racist, political, religious or xenophobic.”

“If we want the police force to be closer to the public, we need to adapt to changes in society and renew the rules, that date back to 1974,” Yves Lefebvre, national secretary of the union, told Les Echos.

“The beard must be neat and trimmed, we don’t want the kind of beard seen in the foreign legionnaires,” he said.

Beards are all the rage in Paris, thanks to a global hipster penchant for the hirsute look, but also top figures who sport beards such as former French rugby international Sébastien Chabal.

Past polls have found that the French do not feel close to their policemen, but that image changed dramatically in the wake of the Paris Islamist attacks in January, when officers were applauded in a subsequent solidarity march of four million in the French capital.